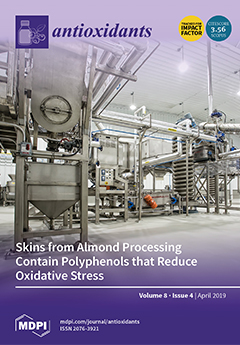 Cover Story (view full-size image): Blanching almonds yields a large quantity of skins (seed coats) as a waste byproduct. Almond skin is rich in fiber and polyphenols that have the potential for valorization in functional foods, nutraceuticals, and/or as food additives. We found that these almond polyphenols are bioavailable and effective in reducing biomarkers of oxidative stress in healthy adults. Creating applications for almond skins and other agricultural waste byproducts can add to their value and help promote a more sustainable food system. View this paper.
Previous Issue
Volume 8, March
Next Issue
Volume 8, May
We use cookies on our website to ensure you get the best experience. Read more about our cookies here.
Accept
We have just recently launched a new version of our website. Help us to further improve by taking part in this short 5 minute survey here. here.
Never show this again