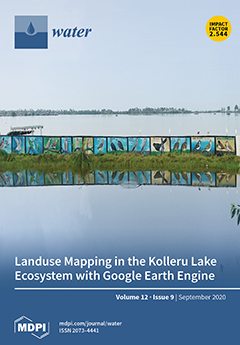 Cover Story (view full-size image): Kolleru Lake is the largest freshwater lake in India. It has a rich biodiversity and provides a hospitable environment for international migratory birds. Despite that, for the last five decades, it has experienced severe threats from the illegal expansion of fishponds across the lake region, leading to water circulation and pollution problems. These include aggravated floods submerging surrounding paddy fields and villages, and the proliferation of weeds and algae. Because of these factors, ”Operation Kolleru” was initiated to demolish fishponds and restore the lake ecosystem. This study discusses the landuse conditions of the lake before and after restoration measures. View this paper
Previous Issue
Volume 12, August
Next Issue
Volume 12, October
We use cookies on our website to ensure you get the best experience. Read more about our cookies here.
Accept
We have just recently launched a new version of our website. Help us to further improve by taking part in this short 5 minute survey here. here.
Never show this again