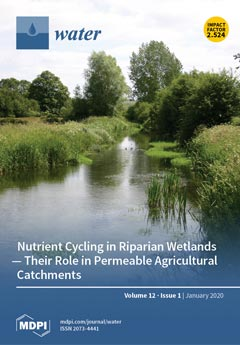 Cover Story (view full-size image): The impact of riparian wetlands on the cycling, retention and export of nutrients from land to water varies according to local environmental conditions and is poorly resolved in catchment management approaches. Here, we present a new approach using a combination of novel and well-established geochemical, geophysical and isotope ratio methods. The monitoring programme identified multiple pathways and water sources feeding into the wetland, generating large spatial and temporal variations in nutrient cycling, retention and export behaviours within the wetland. We propose that this technique could be used to determine the likely net source/sink function of riparian wetlands prior to their incorporation into any catchment management plan, with relatively low resource implications when compared to a full high-frequency nutrient speciation and isotope geochemistry-based monitoring approach. View this paper.
Previous Issue
Volume 11, December
Next Issue
Volume 12, February
We use cookies on our website to ensure you get the best experience. Read more about our cookies here.
Accept
We have just recently launched a new version of our website. Help us to further improve by taking part in this short 5 minute survey here. here.
Never show this again