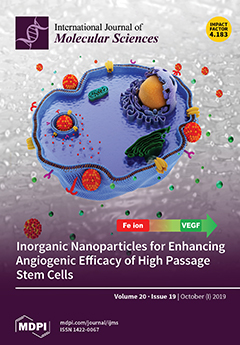 Cover Story (view full-size image): Using gold–iron nanoparticles, we enhanced the angiogenic paracrine factor expression for high passage stem cells. Using a conditioned medium, collected from the high passage stem cells and our novel cell culture system, wound healing was significantly enhanced. View this paper.
Previous Issue
Volume 20, September-2
Next Issue
Volume 20, October-2
We use cookies on our website to ensure you get the best experience. Read more about our cookies here.
Accept
We have just recently launched a new version of our website. Help us to further improve by taking part in this short 5 minute survey here. here.
Never show this again