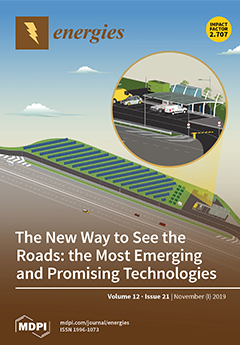 Cover Story (view full-size image): The evolution of the transportation sector is a critical factor to enable a sustainable, green, smart and inclusive economic growth, creating road infrastructures that are agile, efficient, safe, affordable, reliable and easy to access. This would help facilitate not only the mobility and transport of people, but also of goods, favoring the growth of the industrial system and providing a better logistic to the commercial goods. With this regard, technology may be adopted and deployed throughout the utilization phases of the road transportation infrastructure. View this paper.
Previous Issue
Volume 12, October-2
Next Issue
Volume 12, November-2
We use cookies on our website to ensure you get the best experience. Read more about our cookies here.
Accept
We have just recently launched a new version of our website. Help us to further improve by taking part in this short 5 minute survey here. here.
Never show this again