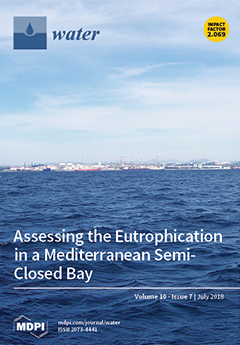 Cover Story (view full-size image): In the area around the Bay of Algeciras (Alboran Sea), urban and industrial activity is underway, which is potentially responsible for the release of significant quantities of nutrients towards the marine environment. Our analyses reveal that these allochthanous nutrients (mainly inorganic nitrogen coming from industrial sewage) would be affecting the time patterns of chlorophyll a in the bay. However, more exhaustive inventories of sewage and river discharges are necessary to adequately rate their impact. View this paper.
Previous Issue
Volume 10, June
Next Issue
Volume 10, August
We use cookies on our website to ensure you get the best experience. Read more about our cookies here.
Accept
We have just recently launched a new version of our website. Help us to further improve by taking part in this short 5 minute survey here. here.
Never show this again