Improving Public Participation Processes for the Floods Directive and Flood Awareness: Evidence from Cyprus
Next Article in Special Issue

The small sized powdered ferric oxy-hydroxide, termed Dust Ferric Hydroxide (DFH), was applied in batch adsorption experiments to remove arsenic species from water. The DFH was characterized in terms of zero point charge, zeta potential, surface charge density, particle size and moisture content. Batch adsorption isotherm experiments indicated that the Freundlich model described the isothermal adsorption behavior of arsenic species notably well. The results indicated that the adsorption capacity of DFH in deionized ultrapure water, applying a residual equilibrium concentration of 10 µg/L at the equilibrium pH value of 7.9 ± 0.1, with a contact time of 96 h (i.e., Q10), was 6.9 and 3.5 µg/mg for As(V) and As(III), respectively, whereas the measured adsorption capacity of the conventionally used Granular Ferric Hydroxide (GFH), under similar conditions, was found to be 2.1 and 1.4 µg/mg for As(V) and As(III), respectively. Furthermore, the adsorption of arsenic species onto DFH in a Hamburg tap water matrix, as well as in an NSF challenge water matrix, was found to be significantly lower. The lowest recorded adsorption capacity at the same equilibrium concentration was 3.2 µg As(V)/mg and 1.1 µg As(III)/mg for the NSF water. Batch adsorption kinetics experiments were also conducted to study the impact of a water matrix on the behavior of removal kinetics for As(V) and As(III) species by DFH, and the respective data were best fitted to the second order kinetic model. The outcomes of this study confirm that the small sized iron oxide-based material, being a by-product of the production process of GFH adsorbent, has significant potential to be used for the adsorptive removal of arsenic species from water, especially when this material can be combined with the subsequent application of low-pressure membrane filtration/separation in a hybrid water treatment process. View Full-Text
Keywords: arsenic adsorption; small sized powdered ferric hydroxide; granular ferric hydroxide; water matrix; adsorption kinetics; drinking water arsenic adsorption; small sized powdered ferric hydroxide; granular ferric hydroxide; water matrix; adsorption kinetics; drinking water
►▼ Show Figures 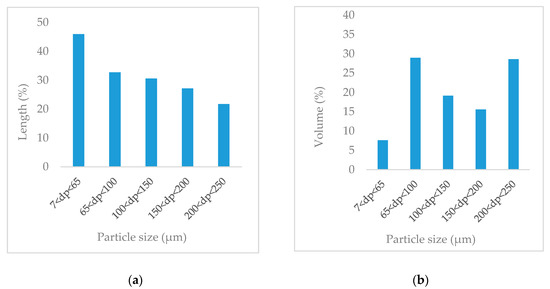