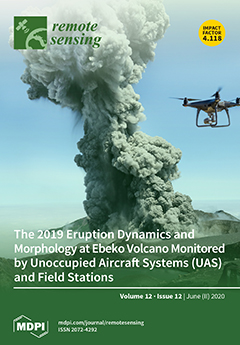 Cover Story (view full-size image): This study by Walter et al. is the first comprehensive geophysical, geomorphological, and structural analysis at Ebeko volcano, a site of intense Vulcanian explosions. Repeat unoccupied aircraft system (UAS) overflights enabled the generation of cm-scale digital terrain models and orthomosaics of the optical and thermal infrared expression of the nested volcano craters, fumaroles, and sites of degassing, proposing an edifice-wide volcano-tectonic control. The photo shows a volcano explosion that occurred just at a time when the UAS batteries were being replaced. View this paper
Previous Issue
Volume 12, June-1
Next Issue
Volume 12, July-1
We use cookies on our website to ensure you get the best experience. Read more about our cookies here.
Accept
We have just recently launched a new version of our website. Help us to further improve by taking part in this short 5 minute survey here. here.
Never show this again