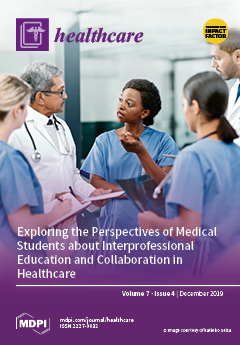 Cover Story (view full-size image): Increasing demands for high quality and safe patient care compel the need for competent healthcare professionals working in a collaborative team environment. Medical professionals are instrumental in leading the healthcare team; therefore, it is necessary to introduce interprofessional learning early in the medical curriculum. This exploratory study evaluated the perceptions of a sample of medical students undergoing training in the United States toward interprofessional education and collaboration in healthcare. The results reveal that medical students appreciate the importance of interprofessional education, embrace interprofessional learning, and welcome the opportunity to learn with other healthcare disciplines. Case studies and simulations were identified as potential methods to integrate with other healthcare disciplines. View this paper
Previous Issue
Volume 7, September
Next Issue
Volume 8, March
We use cookies on our website to ensure you get the best experience. Read more about our cookies here.
Accept
We have just recently launched a new version of our website. Help us to further improve by taking part in this short 5 minute survey here. here.
Never show this again