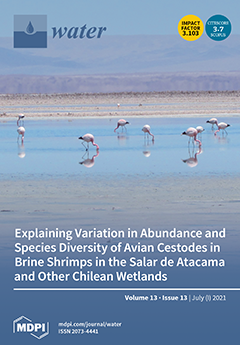 Cover Story (view full-size image): In the hypersaline lagoons of the Salar de Atacama in Chile, Redón et al. (2021) investigated the cestode parasites (tapeworms) of flamingos and other waterbirds that have larvae living in brine shrimps (Artemia franciscana) as intermediate hosts. Most cestodes recorded were of three species that parasitize flamingos, but 11% were of species that parasitize shorebirds. They compared these results with those from lower salinity wetlands in Patagonia, frequented by another brine shrimp, A. persimilis. The differences reflect the changes in the waterbird community: there were fewer flamingo parasites in Patagonia, and around half the cestodes were parasites of ducks and grebes that were absent in Atacama. The image shows the Andean flamingo, Phoenicoparrus andinus, in the Salar de Atacama. View this paper
Previous Issue
Volume 13, June-2
Next Issue
Volume 13, July-2
We use cookies on our website to ensure you get the best experience. Read more about our cookies here.
Accept
We have just recently launched a new version of our website. Help us to further improve by taking part in this short 5 minute survey here. here.
Never show this again