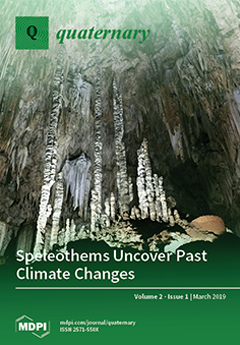 Cover Story (view full-size image): Proxies in speleothems can be used to reconstruct past changes in the climate. Here, we review past changes of the South American Monsoon by making use of the Speleothem Isotopes Synthesis and Analysis (SISAL) database. We demonstrate that those changes occurred coherently in South America and were strongly influenced by the Northern Hemisphere climate. View this paper.
Previous Issue
Volume 1, December
Next Issue
Volume 2, June
We use cookies on our website to ensure you get the best experience. Read more about our cookies here.
Accept
We have just recently launched a new version of our website. Help us to further improve by taking part in this short 5 minute survey here. here.
Never show this again