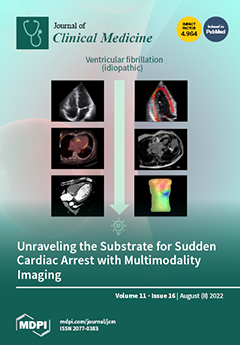 Cover Story (view full-size image): Sudden cardiac arrest is an event primarily caused by ventricular fibrillation. Ventricular fibrillation entails several underlying initiating causes, and a complete diagnostic work-up is essential in order to reveal the cause. This review focuses on the use of multimodality imaging for unraveling structural (or potentially electrical) substrates in patients presenting with a sudden cardiac arrest. The use and role of echocardiography, cardiac magnetic resonance and computed tomography are discussed. In addition, we focus on new techniques such as electrocardiographic characterization with non-invasive electrocardiographic imaging. We specifically focus on patients who are diagnosed with idiopathic ventricular fibrillation, a diagnosis by exclusion, in whom a substrate still needs to be revealed. View this paper
Previous Issue
Volume 11, August-1
Next Issue
Volume 11, September-1
We use cookies on our website to ensure you get the best experience. Read more about our cookies here.
Accept
We have just recently launched a new version of our website. Help us to further improve by taking part in this short 5 minute survey here. here.
Never show this again