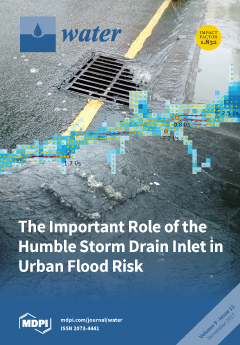 Cover Story (view full-size image): Reliable modelling of urban floods depends on realistic representation of flows on the surface, in the sewer network, but also, crucially, on the storm drain inlets linking the two. Since detailed networks of inlet locations are not always available, a GIS routine was developed to generate synthetic ones for use with the CityCAT hydrodynamic model. The study demonstrates not only that synthetic networks work as well as the surveyed ones, but also highlights that the system drainage capacity is very sensitive to small changes in location and the number of inlets in water ponding areas. View this paper
Previous Issue
Volume 9, November
Next Issue
Volume 10, January
We use cookies on our website to ensure you get the best experience. Read more about our cookies here.
Accept
We have just recently launched a new version of our website. Help us to further improve by taking part in this short 5 minute survey here. here.
Never show this again