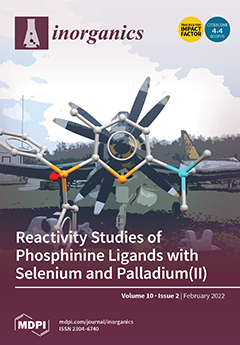 Cover Story (view full-size image): Phosphinines are the phosphorus analogue of pyridines but are not as widely known or as readily synthesised. Along with their importance as examples of species containing multiple bonding between carbon and phosphorus, their use in homogeneous catalysis has been expanding. In this article, we have isolated an intermediate in their synthesis and a chelating complex with palladium(II). Appending diphenylphosphine substituents to phosphinines turns them into bidentate ligands, and the reaction with selenium has allowed us to explore the donor properties of these interesting and unconventional ligands. View this paper
Previous Issue
Volume 10, January
Next Issue
Volume 10, March
We use cookies on our website to ensure you get the best experience. Read more about our cookies here.
Accept
We have just recently launched a new version of our website. Help us to further improve by taking part in this short 5 minute survey here. here.
Never show this again