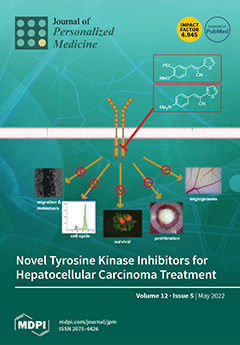 Cover Story (view full-size image): New systemic approaches for the treatment of hepatocellular carcinoma, as the fourth leading cause of cancer death in the world, are urgently required. Here, the two novel tyrosine kinase inhibitors Thio-Iva and Thio-Dam are shown to effectively attack cellular processes and features in HCC cells acquired during carcinogenesis that are referred to as hallmarks of cancer. Thus, Thio-Iva and Thio-Dam are promising novel compounds for the medical treatment of HCC. View this paper
Previous Issue
Volume 12, April
Next Issue
Volume 12, June
We use cookies on our website to ensure you get the best experience. Read more about our cookies here.
Accept
We have just recently launched a new version of our website. Help us to further improve by taking part in this short 5 minute survey here. here.
Never show this again