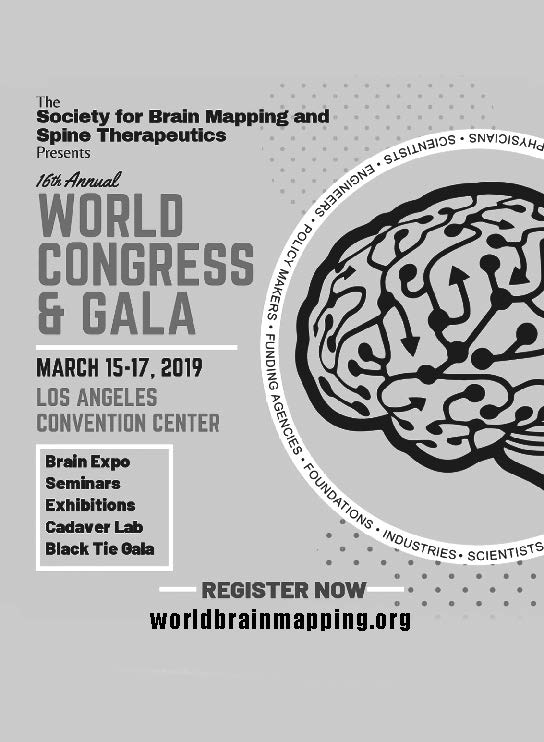 The 16th Annual World Congress of SBMT will bring together physicians, scientists, policy makers, funding agencies and industry to further the advances and applications in brain and spinal cord mapping and image guided therapies (operative and non-operative). The conference will take place at the Los Angeles Convention Center in LA (March 15-17, 2019) in the metropolitan city of Los Angeles, California on the West Coast of the United State of America.

We encourage you to come and visit the annual conference which will host a world class program across the three days, an exhibition hall, poster displays and plenty of networking events.

The conference aim is to create a critical mass by introducing synergy amongst inter-disciplinary researchers to further understand the brain function and nervous system. It will serve as a platform from which to develop interactions between many of the stakeholders who also have extensive collaborations at national and international levels.

The conference provides the opportunity to be at the forefront of brain sciences, therapeutics in general and neural stem cells interventions in particular. It provides a strong platform for industry and biotech companies to interact with academia in frontiers of science in this field for translational initiatives involving diverse patient's interest groups.