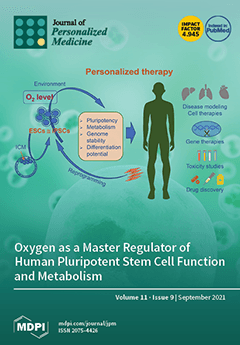 Cover Story (view full-size image): The generation of induced pluripotent stem cells (iPSCs) by somatic cell reprogramming over a decade ago, has opened a new era in personalized medicine. iPSCs allow disease modeling, drug discovery, toxicity studies, cell and gene therapies. However, the unprecedented opportunities of using iPSCs in science and medicine are strongly influenced by environmental conditions. Among various environmental factors, oxygen plays an essential role in regulating the state of pluripotency, genome stability, metabolic profile and differentiation potential of iPSCs. In this review we summarize recent discoveries regarding the impact of oxygen concentration on the physiology of PSCs. We also highlight the major differences between PSCs and cancer stem cells (CSCs), in their responses to changes in oxygen levels. View this paper.
Previous Issue
Volume 11, August
Next Issue
Volume 11, October
We use cookies on our website to ensure you get the best experience. Read more about our cookies here.
Accept
We have just recently launched a new version of our website. Help us to further improve by taking part in this short 5 minute survey here. here.
Never show this again