Celiac disease (CD) affects approximately 1% of the general population while an estimated additional 6% suffers from a recently characterized, rapidly emerging, similar disease, referred to as non-celiac gluten sensitivity (NCGS). The only effective treatment of CD and NCGS requires removal of gluten sources from the diet. Since required adherence to a gluten-free diet (GFD) is difficult to accomplish, efforts to develop alternative treatments have been intensifying in recent years. In this study, the non-human primate model of CD/NCGS, e.g., gluten-sensitive rhesus macaque, was utilized with the objective to evaluate the treatment potential of reduced gluten cereals using a reduced gluten (RG; 1% of normal gluten) barley mutant as a model. Conventional and RG barleys were used for the formulation of experimental chows and fed to gluten-sensitive (GS) and control macaques to determine if RG barley causes a remission of dietary gluten-induced clinical and immune responses in GS macaques. The impacts of the RG barley diet were compared with the impacts of the conventional barley-containing chow and the GFD. Although remission of the anti-gliadin antibody (AGA) serum responses and an improvement of clinical diarrhea were noted after switching the conventional to the RG barley diet, production of inflammatory cytokines, e.g., interferon-gamma (IFN-γ), tumor necrosis factor (TNF) and interleukin-8 (IL-8) by peripheral CD4+ T helper lymphocytes, persisted during the RG chow treatment and were partially abolished only upon re-administration of the GFD. It was concluded that the RG barley diet might be used for the partial improvement of gluten-induced disease but its therapeutic value still requires upgrading—by co-administration of additional treatments. View Full-Text
Keywords: celiac; gluten; barley; gluten-free; NCGS; AGA; T cell; enteritis celiac; gluten; barley; gluten-free; NCGS; AGA; T cell; enteritis
►▼ Show Figures 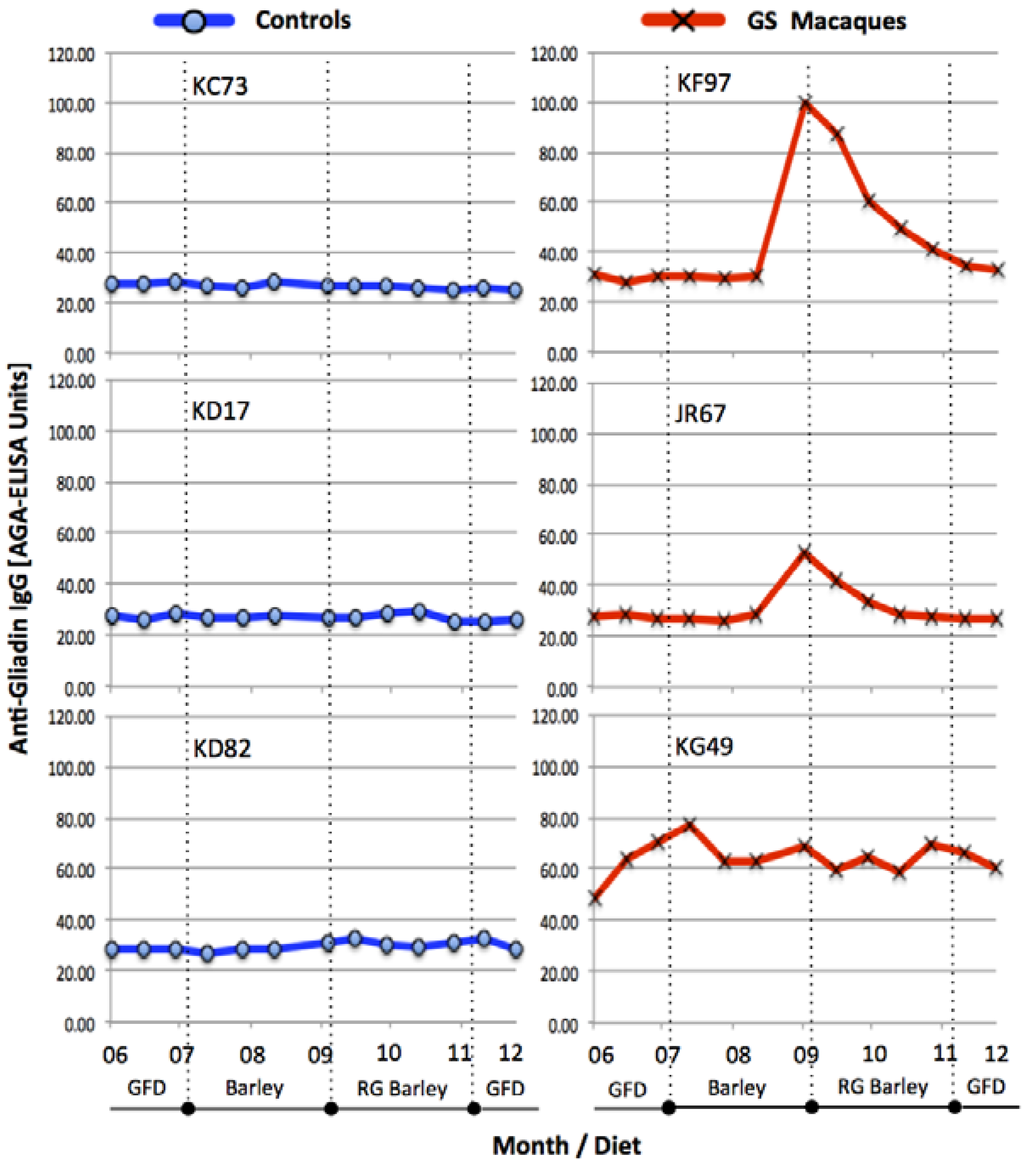