Submit to Resources Review for Resources 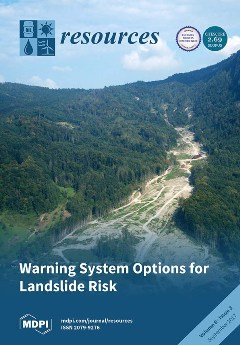 Cover Story (view full-size image): Contemporary applications of decision science are breaking new ground by explicitly accounting for a plurality of perspectives and by developing models for co-creating knowledge between experts and stakeholders. Drawing on the theory of plural rationality, this study demonstrates the importance of giving voice to competing perspectives and of co-creating options for warning systems in a landslide-prone community in Upper Austria. The options are subsequently deliberated in a participatory process with the intent to reach compromise recommendations. View this paper
Previous Issue
Volume 6, June
Next Issue
Volume 6, December
We use cookies on our website to ensure you get the best experience. Read more about our cookies here.
Accept
We have just recently launched a new version of our website. Help us to further improve by taking part in this short 5 minute survey here. here.
Never show this again