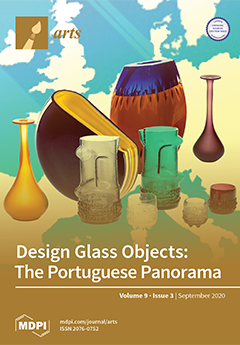 Cover Story (view full-size image): Portugal has had a long tradition in glass, especially based upon the glassblowing industry in the Marinha Grande area since the 18th century. In the late 1920s and 1950s, Portuguese artists established a growing collaboration with the glass industry situated in this region, and started to produce their work alongside glassblowers. Maria Helena Matos was the artist that increased this relationship and worked very systematically with the glassblowers. In 1960 she made the piece presented in the cover image, simplicity of forms using clear and coloured glass. She explored several methods with glassblowing pieces using decorative and traditional techniques. Maria Helena Matos boosted Portuguese glass design, organizing events and exhibitions, giving a new input to its production and internationalization. View this paper
Previous Issue
Volume 9, June
Next Issue
Volume 9, December
We use cookies on our website to ensure you get the best experience. Read more about our cookies here.
Accept
We have just recently launched a new version of our website. Help us to further improve by taking part in this short 5 minute survey here. here.
Never show this again