Integrated Solutions for the Water-Energy-Land Nexus: Are Global Models Rising to the Challenge?
Next Article in Special Issue

Rainfall patterns and landform characteristics are controlling factors in runoff and soil erosion processes. At a hillslope scale, there is still a lack of understanding of how rainfall temporal patterns affect these processes, especially on slopes with a wide range of gradients and length scales. Using a physically-based distributed hydrological model (InHM), these processes under different rainfall temporal patterns were simulated to illustrate this issue. Five rainfall patterns (constant, increasing, decreasing, rising-falling and falling-rising) were applied to slopes, whose gradients range from 5° to 40° and projective slope lengths range from 25 m to 200 m. The rising-falling rainfall generally had the largest total runoff and soil erosion amount; while the constant rainfall had the lowest ones when the projective slope length was less than 100 m. The critical slope of total runoff was 15°, which was independent of rainfall pattern and slope length. However, the critical slope of soil erosion amount decreased from 35° to 25° with increasing projective slope length. The increasing rainfall had the highest peak discharge and erosion rate just at the end of the peak rainfall intensity. The peak value discharges and erosion rates of decreasing and rising-falling rainfalls were several minutes later than the peak rainfall intensity. View Full-Text
Keywords: rainfall patterns; rainfall-runoff; soil erosion; slope length; slope gradient; InHM rainfall patterns; rainfall-runoff; soil erosion; slope length; slope gradient; InHM
►▼ Show Figures 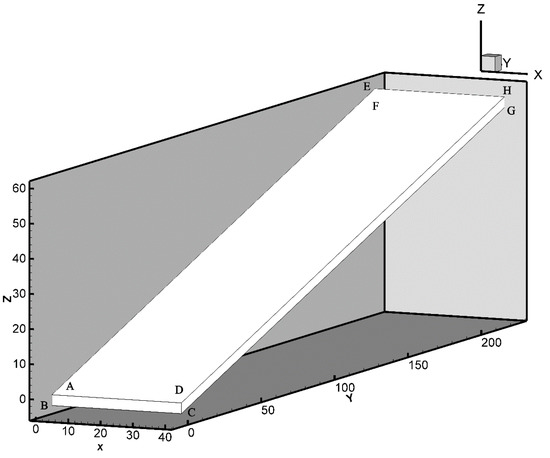