The Association between Diet and Hepatocellular Carcinoma: A Systematic Review
Previous Article in Journal

Diet Modifications in Primary Prevention of Asthma. Where Do We Stand?

Effect of the Natural Sweetener Xylitol on Gut Hormone Secretion and Gastric Emptying in Humans: A Pilot Dose-Ranging Study 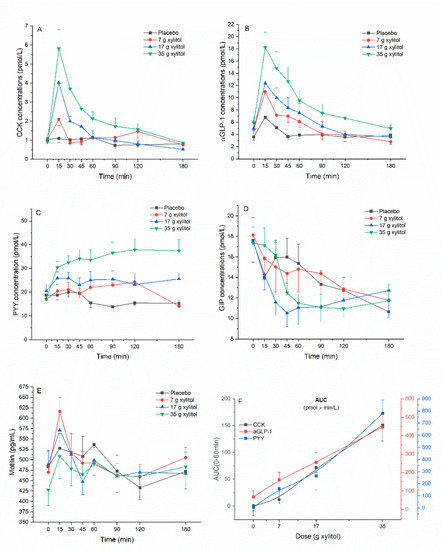