Effectiveness of Nutrition Interventions in Vending Machines to Encourage the Purchase and Consumption of Healthier Food and Drinks in the University Setting: A Systematic Review
Previous Article in Special Issue

Perceptions of ‘Home Cooking’: A Qualitative Analysis from the United Kingdom and United States

Food Agency in the United States: Associations with Cooking Behavior and Dietary Intake 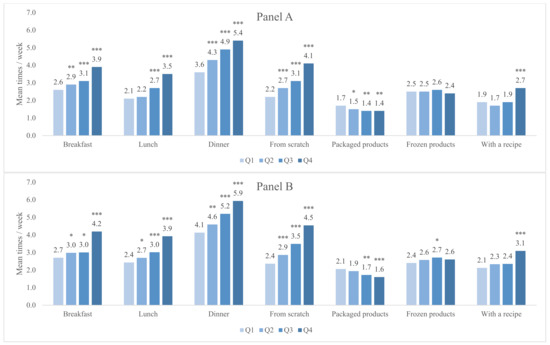