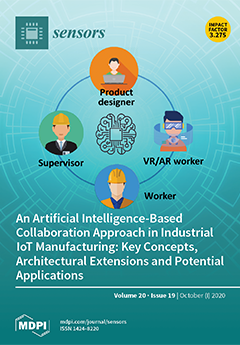 Cover Story (view full-size image): The digitization of the manufacturing industry has led to more efficient production, under the Industry 4.0 concept. Datasets collected from shop floor assets are used in data-driven analytics efforts to support more informed business intelligence decisions. However, these results are currently used in isolated and dispersed parts of the production process. At the same time, full integration of artificial intelligence (AI) in all parts of manufacturing systems is currently lacking. In this context, a more holistic integration of AI by promoting collaboration is presented. Collaboration is understood as a multidimensional conceptual term that covers all important enablers for AI adoption and is promoted in terms of business intelligence optimization, human-in-the-loop, and secure federation across manufacturing sites. View this paper
Previous Issue
Volume 20, September-2
Next Issue
Volume 20, October-2
We use cookies on our website to ensure you get the best experience. Read more about our cookies here.
Accept
We have just recently launched a new version of our website. Help us to further improve by taking part in this short 5 minute survey here. here.
Never show this again