“My Child Is a Perfect Bilingual”: Cognition, Emotions, and Affectivity in Heritage Language Transmission
Previous Article in Journal

From Hispanisms to Anglicisms: Examining the Perception and Treatment of Native Linguistic Features Associated with Interference in Translator Training
Previous Article in Special Issue

The Sociolinguistic Integration of Immigrant Populations: Reflections on Its Study

Revisiting the Use of the Proximity Lexicon in the Classroom for Immigrant Populations at Risk of Social Exclusion: Does It Really Help?

This paper shows the convenience of using linguistic resources in foreign language teaching based on the proximity lexicon (dialectal and local) in order to facilitate the integration of socially vulnerable immigrant groups. The social barriers facing them intensify because of lack of knowledge of the linguistic varieties of the host countries and their functions. This study is a continuation of another one published in 2019 in which we presented a theoretical model of language teaching based on the gradual introduction of specific lexical material with the aim of facilitating sociocultural adaptation. The proximity lexicon associated to communal belonging meanings was considered a powerful social inclusion tool. We worked with two student samples to confirm the efficacy of the model. In a group, the dialectal strategy was employed in a programmed and conscious manner, whereas in the other one, the control group, the model was not followed. The results are based on the answers to questions in a wellbeing questionnaire designed ad hoc to evaluate the efficacy of the proposal. The group to which the proposed system was applied showed a greater degree of social wellbeing, satisfaction and adaptation. View Full-Text
Keywords: Proximity lexicon; teaching; immigrants; social vulnerability; (non) adaptation Proximity lexicon; teaching; immigrants; social vulnerability; (non) adaptation
►▼ Show Figures 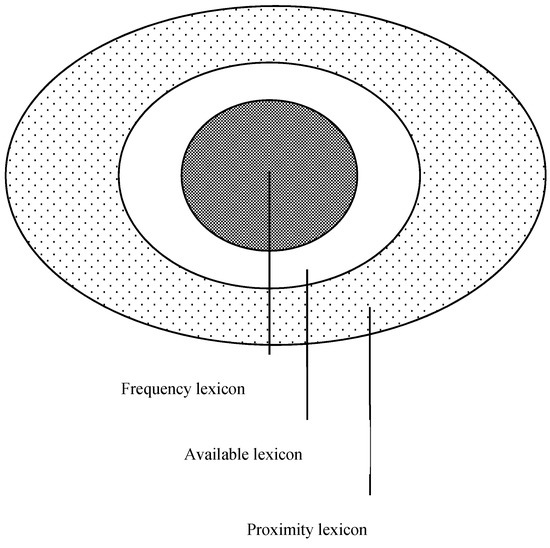 Ávila-Muñoz, A.-M. Revisiting the Use of the Proximity Lexicon in the Classroom for Immigrant Populations at Risk of Social Exclusion: Does It Really Help? Languages 2019, 4, 43.


Ávila-Muñoz A-M. Revisiting the Use of the Proximity Lexicon in the Classroom for Immigrant Populations at Risk of Social Exclusion: Does It Really Help? Languages. 2019; 4(2):43.


Ávila-Muñoz, Antonio-Manuel. 2019. "Revisiting the Use of the Proximity Lexicon in the Classroom for Immigrant Populations at Risk of Social Exclusion: Does It Really Help?" Languages 4, no. 2: 43.