Is There a Link between Suckling and Manipulation Behavior during Rearing in Pigs?
Next Article in Special Issue

What Happened in That Pit? An Archaeozoological and GIS Approach to Study an Accumulation of Animal Carcasses at the Roman Villa of Vilauba (Catalonia)
Previous Article in Journal

Close Companions? A Zooarchaeological Study of the Human–Cattle Relationship in Medieval England

The population of medieval England (AD 400–1400) was largely employed in farming-related activities. Cattle were crucial as providers of power as well as milk, meat, and hides and were valued economically and socially. From the mid-seventh century, cattle husbandry increasingly relied on draught cattle for arable production and agricultural tasks such as ploughing, hauling, and carting. Analysis of cattle bones from archaeological sites permits the reconstruction of herd demographics and assessment of the use of cattle for traction through analysis of age and sex profiles, and the presence and severity of pathological and sub-pathological changes to the lower limb bones of cattle. When combined with ethnographic studies and historical documents, it is possible to perceive how attitudes to cattle have changed over time. By integrating multiple lines of evidence (archaeological, ethnographic, and historical), this study reveals how the value of cattle changed over time from a status symbol (representing accumulated wealth) to a commodity. A peak in the use of cattle for traction between the mid-ninth and mid-eleventh centuries may have increased the proximity of human–cattle bonds, which perhaps diminished in subsequent years as the demand for younger cattle increased to feed a growing urban population.

Across medieval Europe, cattle commanded a major, if shifting, economic and social value, and their use for meat, milk, and traction is well established. Although the changing roles of cattle throughout this period may have influenced relationships between humans and cattle, this has been largely neglected in historical and zooarchaeological studies. Data from nearly 700 archaeological assemblages of animal remains have been used to provide an overview of the herd structures (age and sex) of cattle populations for England between AD 450 and 1400. These have been analysed alongside pathological and sub-pathological changes in over 2800 lower limb bones of cattle from seventeen archaeological sites to provide a better understanding of the use of cattle for ploughing, hauling, and carting. The findings were considered alongside historical documents and ethnographic evidence to chart changing human–cattle relationships. Results indicate that human–cattle relations varied with changing economic, agricultural, and social practices. From the mid-fifth century, cattle were a form of portable wealth, however, by the mid-ninth century, they were perceived as a commodity with monetary value. From this period, close human–cattle bonds are likely to have been widespread between plough hands and working animals. Such bonds are may have diminished with the increasing number of young beef cattle kept to supply the urban population from the mid-eleventh century. View Full-Text
Keywords: cow; oxen; dairy; pathology; draught; human-animal relationships; livestock; social zooarchaeology; ethnography cow; oxen; dairy; pathology; draught; human-animal relationships; livestock; social zooarchaeology; ethnography
►▼ Show Figures 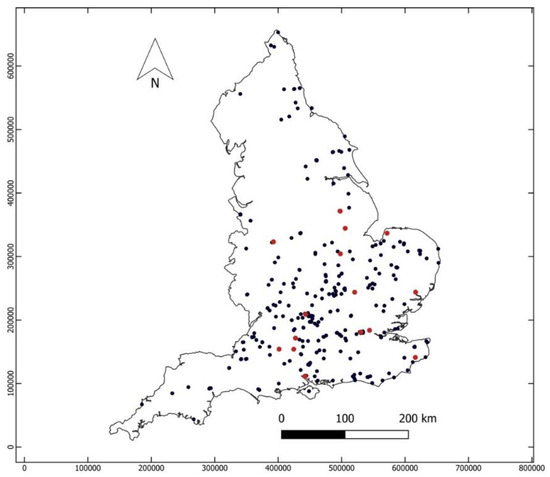