Punicalagin (PU), a polyphenol extracted from pomegranate (Punica granatum) husk is proven to have anti-cancer effects on different types of cancer including colorectal cancer (CRC). Its role in modulating endogenous protein as a means of eliciting its anti-cancer effects, however, has not been explored to date. Hence, this study aimed to investigate the role of PU in modulating the interplay between apoptosis and autophagy by regulating Annexin A1 (Anx-A1) expression in HCT 116 colorectal adenocarcinoma cells. In the study, selective cytotoxicity, pro-apoptotic, autophagic and Anx-A1 downregulating properties of PU were shown which indicate therapeutic potential that this polyphenol has against CRC. Autophagy flux analysis via flow cytometry showed significant autophagosomes degradation in treated cells, proving the involvement of autophagy. Proteome profiling of 35 different proteins in the presence and absence of Anx-A1 antagonists in PU-treated cells demonstrated a complex interplay that happens between apoptosis and autophagy that suggests the possible simultaneous induction and inhibition of these two cell death mechanisms by PU. Overall, this study suggests that PU induces autophagy while maintaining basal level of apoptosis as the main mechanisms of cytotoxicity via the modulation of Anx-A1 expression in HCT 116 cells, and thus has a promising translational potential. View Full-Text
Keywords: pomegranate; annexin A1; colorectal neoplasms; apoptosis; autophagy pomegranate; annexin A1; colorectal neoplasms; apoptosis; autophagy
►▼ Show Figures 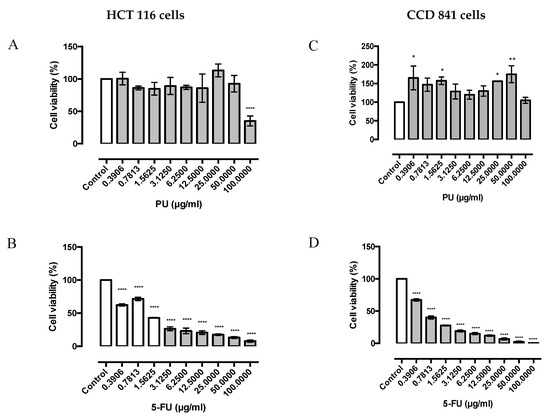