Association of Blood Mercury Level with the Risk of Depression According to Fish Intake Level in the General Korean Population: Findings from the Korean National Health and Nutrition Examination Survey (KNHANES) 2008–2013 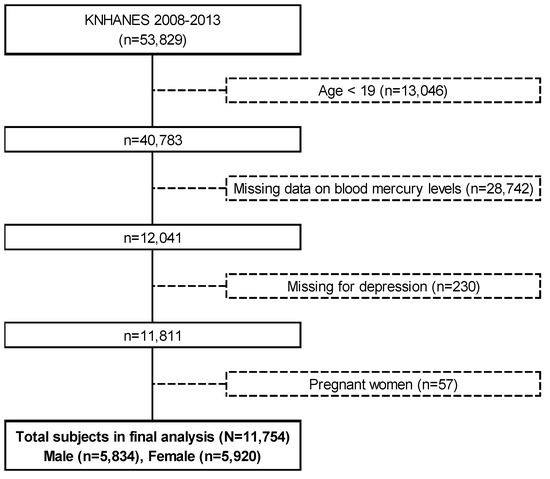