Power and Public Space: A Historical Observation of Seoul Plaza

Power creates and changes space. Power may be various forms of authority, individual or social structure, complex situations or an unidentifiable force. This study focuses on understanding how power influences a space which is a social product of the exercise of power, thus re-defining power in spatial practices as an extensive introduction to the literature on power. This historical observation study conducts a case review on Seoul Plaza, a socio-political center of downtown Seoul, South Korea. A systematic review of widespread media coverage of the space and its events was performed, using newspaper articles and governmental database search systems for the time period from 1922 to 2016. Believing that power is as an endless structural process of competition and positing in which three social entities, authority, market and people, interplay towards an equilibrium stage of the process, this study concludes that a public space can be formed, transformed or characterized based on outcomes of such power competitions among social entities depending on their social status and how they are displayed. View Full-Text
Keywords: power; public space; Seoul Plaza; historical observation power; public space; Seoul Plaza; historical observation
►▼ Show Figures 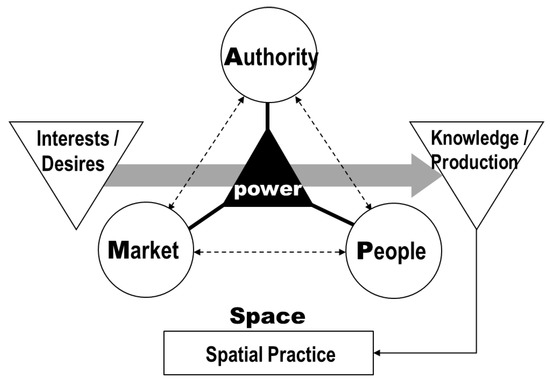