Extraction and Study of the Essential Oil of Copal (Dacryodes peruviana), an Amazonian Fruit with the Highest Yield Worldwide

A Phytosociological Study on Andean Rainforests of Peru, and a Comparison with the Surrounding Countries

This work is a phytosociological approach to the montane rainforests of Peru with the aim of advancing on the diversity of plant communities, which we had already begun in previous research. From 364 phytosociological plots and 3389 species of the South American tropics, we have developed a cluster, using the Sørensen index, to know the similarities between the forests and their parallelism with bioclimatic conditions. After studying the existence of characteristic groups of the Peruvian forests, we have established different communities and phytosociological units for Peru. As a result, we have described seven associations, within three new alliances, which are gathered in the new order Saurauio peruvianae-Condaminetalia corymbosae of the new class Morello pubescentis-Myrsinetea coriaceae. In addition, two associations have been described within the class Pruno rigidae-Oreopanacetea floribundae (mesotropical laurel-like forests), and three for the class Alnetea acuminatae (alder forests and palm groves). The humid forests of Peru are closer to those of Ecuador and to those of the set formed by the three Colombian mountain ranges than to those of Bolivia and Argentina, due to the common flora these share with areas of Paraguay and even of the Parana River region. View Full-Text
Keywords: rainforests; phytosociology; syntaxonomy; Peru; South America rainforests; phytosociology; syntaxonomy; Peru; South America
►▼ Show Figures 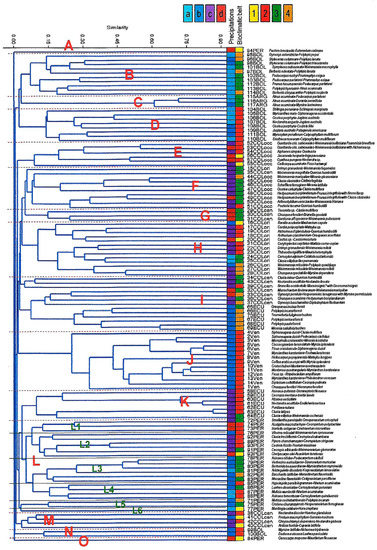