Evaluation of the Sex-and-Age-Specific Effects of PM2.5 on Hospital Readmission in the Presence of the Competing Risk of Mortality in the Medicare Population of Utah 1999–2009 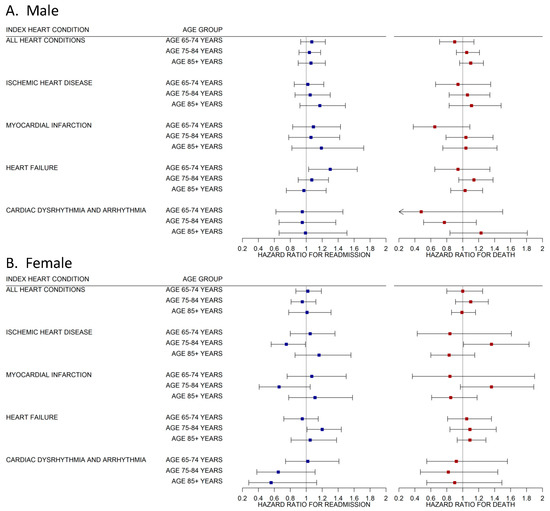