Towards a Reliable Evaluation of Local Interpretation Methods

Increasing temperature and CO2 concentration are among the most important factors affecting marine ecosystems under climate change. We investigated the morphological, biochemical, and physiological trait responses of seedlings of the tropical seagrass Enhalus acoroides under experimental conditions. Trait responses were greater under temperature effects than increasing CO2 concentration. Seedlings under rising temperatures showed enhanced leaf growth, lower leaf nutrient content, and stimulated down-regulating mechanisms in terms of photo-physiology. Increasing CO2 concentrations did not show any significant effects independently. There was a significant interaction for some of the trait responses considered, such as leaf number and carbon content in the roots, and trends of higher starch concentrations in the leaves and lower rETRmax under combined enriched CO2 and high temperature, even though none of these interactions were synergistic. Understanding the single and interactive trait responses of seagrass seedlings to increasing temperature and CO2 concentration is of importance to determine the relative responses of early life stages of seagrasses, which may differ from adult plants, in order to form a more holistic view of seagrass ecosystem health under climate change. View Full-Text
Keywords: seagrass; seedlings; morphology; biochemical traits; photo-physiology; Indo-Pacific seagrass; seedlings; morphology; biochemical traits; photo-physiology; Indo-Pacific
►▼ Show Figures 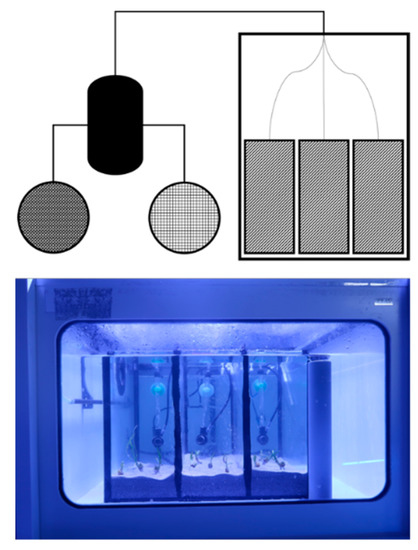