Phenotypic and Molecular Analyses of Rhizoctonia spp. Associated with Rice and Other Hosts
Previous Article in Journal

Phylogenomic Analyses of Bradyrhizobium Reveal Uneven Distribution of the Lateral and Subpolar Flagellar Systems, Which Extends to Rhizobiales 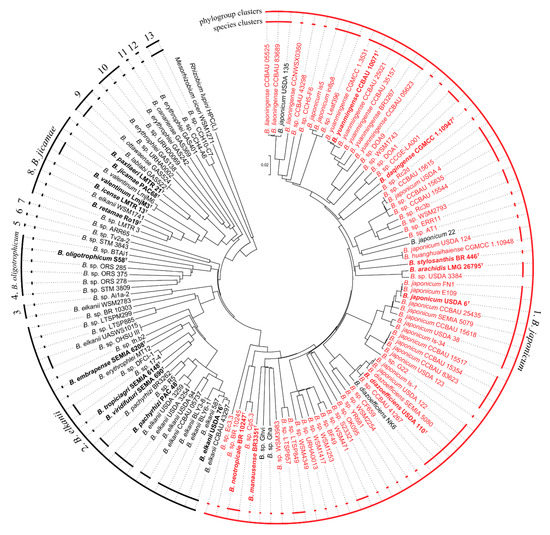