Leptospira Infection in African Green Monkeys in an Endemic Area: An Opportunity for Comparative Studies in a Natural Environment
Previous Article in Journal

The apicomplexan parasite Babesia bovis is a tick-borne intracellular hemoprotozoan parasite that is widespread across China. Genetic diversity is an important strategy used by parasites to escape the immune responses of their hosts. In our present study, 575 blood samples, collected from cattle in 10 provinces, were initially screened using a nested PCR (polymerase chain reaction) for detection of B. bovis infection. To perform genetic diversity analyses, positive samples were further amplified to obtain sequences of three B. bovis merozoite surface antigen genes (MSA-1, MSA-2b, MSA-2c). The results of the nested PCR approach showed that an average of 8.9% (51/575) of cattle were positive for B. bovis infection. Phylogenetic analyses of the predicted amino acid sequences revealed that unique antigen variants were formed only by Chinese isolates. Our findings provide vital information for understanding the genetic diversity of B. bovis in China. View Full-Text
Keywords: Babesia bovis; genetic diversity; merozoite surface antigen; China Babesia bovis; genetic diversity; merozoite surface antigen; China
►▼ Show Figures 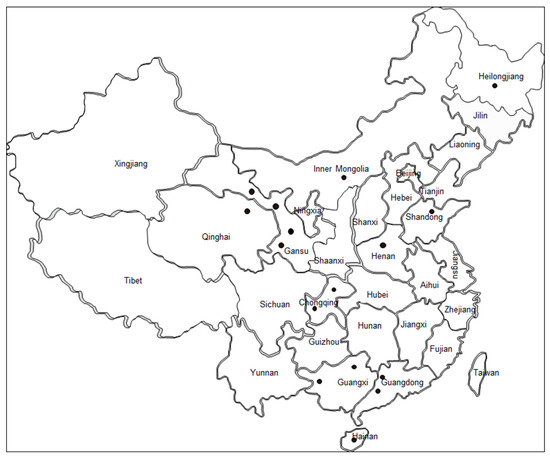