Jamaica’s Critically Endangered Butterfly: A Review of the Biology and Conservation Status of the Homerus Swallowtail (Papilio (Pterourus) homerus Fabricius)

The Homerus swallowtail, Papilio (Pterourus) homerus Fabricius, is listed as an endangered species and is endemic to the Caribbean island of Jamaica. The largest butterfly in the Western Hemisphere, P. homerus once inhabited seven of Jamaica’s 14 parishes and consisted of at least three populations; however, now only two stronghold populations remain, a western population in the rugged Cockpit Country and an eastern population in the Blue and John Crow Mountains. Despite numerous studies of its life history, much about the population biology, including estimates of total numbers of individuals in each population, remains unknown. In addition, a breeding program is needed to establish an experimental population, which could be used to augment wild populations and ensure the continued survival of the species. Here, we present a review of the biology of P. homerus and recommendations for a conservation plan. View Full-Text
Keywords: Homerus swallowtail; Jamaica; Papilio homerus; conservation; endangered species; flagship species Homerus swallowtail; Jamaica; Papilio homerus; conservation; endangered species; flagship species
►▼ Show Figures 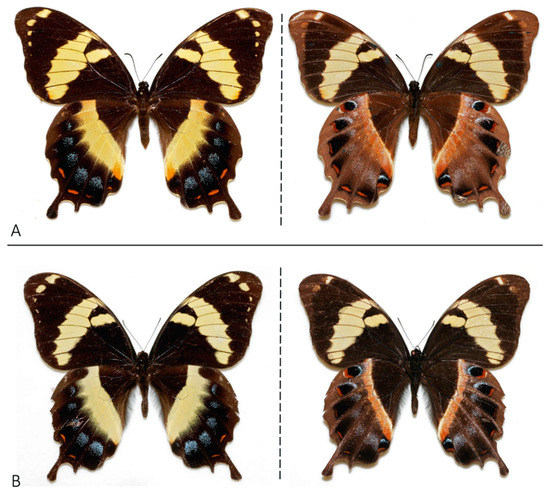