Fifty Years of PMV Model: Reliability, Implementation and Design of Software for Its Calculation
Next Article in Special Issue

Particulate Matter and Its Impact on Mortality among Elderly Residents of Seoul, South Korea

Long-Range Transport Influence on Key Chemical Components of PM2.5 in the Seoul Metropolitan Area, South Korea, during the Years 2012–2016 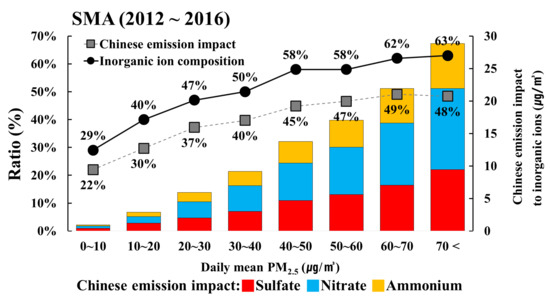