Centrioles and Ciliary Structures during Male Gametogenesis in Hexapoda: Discovery of New Models

Centrioles are-widely conserved barrel-shaped organelles present in most organisms. They are indirectly involved in the organization of the cytoplasmic microtubules both in interphase and during the cell division by recruiting the molecules needed for microtubule nucleation. Moreover, the centrioles are required to assemble cilia and flagella by the direct elongation of their microtubule wall. Due to the importance of the cytoplasmic microtubules in several aspects of the cell life, any defect in centriole structure can lead to cell abnormalities that in humans may result in significant diseases. Many aspects of the centriole dynamics and function have been clarified in the last years, but little attention has been paid to the exceptions in centriole structure that occasionally appeared within the animal kingdom. Here, we focused our attention on non-canonical aspects of centriole architecture within the Hexapoda. The Hexapoda is one of the major animal groups and represents a good laboratory in which to examine the evolution and the organization of the centrioles. Although these findings represent obvious exceptions to the established rules of centriole organization, they may contribute to advance our understanding of the formation and the function of these organelles. View Full-Text
Keywords: Hexapoda; male gametogenesis; ciliary structures; centrioles Hexapoda; male gametogenesis; ciliary structures; centrioles
►▼ Show Figures 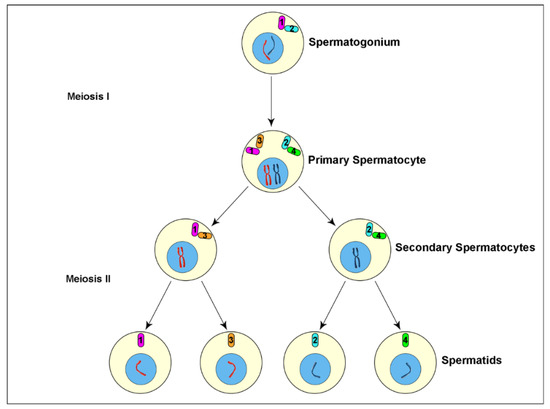