The Impact of Intercropping on Soil Fertility and Sugar Beet Productivity

Methods of growing plant biomass for the production of biogas in anaerobic digestion plants have a decisive influence on arable land and on the evaluation of biogas plant technologies from the environmental point of view. The main benefit of anaerobic digestion is the possibility to use various agricultural crops for energy production. Some of these plant species, e.g., legumes, are generally considered to be beneficial for arable soil quality, as compared with maize monocultures with frequently manifested soil degradation and adverse environmental impact on arable land. A possible change is offered by cultivation systems composed of two and more crops and defined as mixed cropping (MC) systems. The systems are characterized by a more efficient utilization of natural resources of the site as well as by a greater potential for arable soil protection. A question remains as to whether the MC system of growing maize and white sweetclover can be used for biogas yield. In the presented research study, a mixed cropping system was tested with maize (Zea mays L.) and white sweetclover (Melilotus albus MED.). The goal of our research was to determine an optimum ratio of maize and white sweetclover (s.c.) shreddings in silage for a biogas plant. For this purpose, model micro-silages of monocultures were prepared: maize (100%), white s.c. (100%), as well as variants with different weight shares of these two crops (maize:white s.c.; 3:7, 1:1, 7:3, 8:2, 8.5:1.5, 9:1). The silages were subjected to biomethanation tests, in order to determine the influence of the increased addition of white s.c. biomass on methane yield and methane concentration in biogas. The highest values of biogas yield were recorded in the maize monoculture and in the MC variant of maize and white s.c. at 9:1 (>0.26 m3/kgVS). The lowest methane yield values were recorded in the white s.c. monoculture (0.16 m3/kgVS). It was found out that the yield of methane decreased with an increasing share of white sweetclover in the maize silage, due to the increased content of poorly degradable organic substances and the presence of fermentation inhibitors (e.g., coumarin). View Full-Text
Keywords: legumes; white sweetclover; mixed cropping; silage; methane; biogas plant legumes; white sweetclover; mixed cropping; silage; methane; biogas plant
►▼ Show Figures 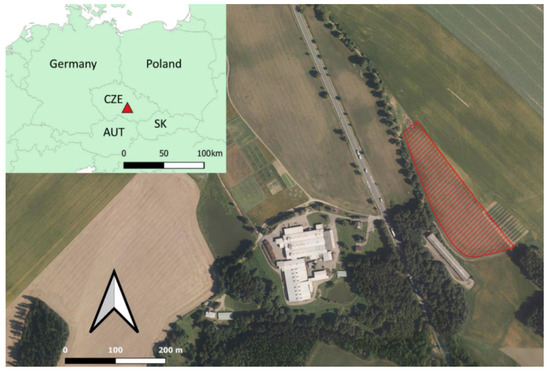