Fusarium verticillioides is considered one of the most important global sources of fumonisins contamination in food and feed. Corn is one of the main commodities produced in the Northeastern Region of Brazil. The present study investigated potential mycotoxigenic fungal strains belonging to the F. verticillioides species isolated from corn kernels in 3 different Regions of the Brazilian State of Pernambuco. A polyphasic approach including classical taxonomy, molecular biology, MALDI-TOF MS and MALDI-TOF MS/MS for the identification and characterisation of the F. verticillioides strains was used. Sixty F. verticillioides strains were isolated and successfully identified by classical morphology, proteomic profiles of MALDI-TOF MS, and by molecular biology using the species-specific primers VERT-1 and VERT-2. FUM1 gene was further detected for all the 60 F. verticillioides by using the primers VERTF-1 and VERTF-2 and through the amplification profiles of the ISSR regions using the primers (GTG)5 and (GACA)4. Results obtained from molecular analysis shown a low genetic variability among these isolates from the different geographical regions. All of the 60 F. verticillioides isolates assessed by MALDI-TOF MS/MS presented ion peaks with the molecular mass of the fumonisin B1 (721.83 g/mol) and B2 (705.83 g/mol). View Full-Text
Keywords: mycotoxin; fumonisins; mycotoxigenic fungi; genetic study mycotoxin; fumonisins; mycotoxigenic fungi; genetic study
►▼ Show Figures 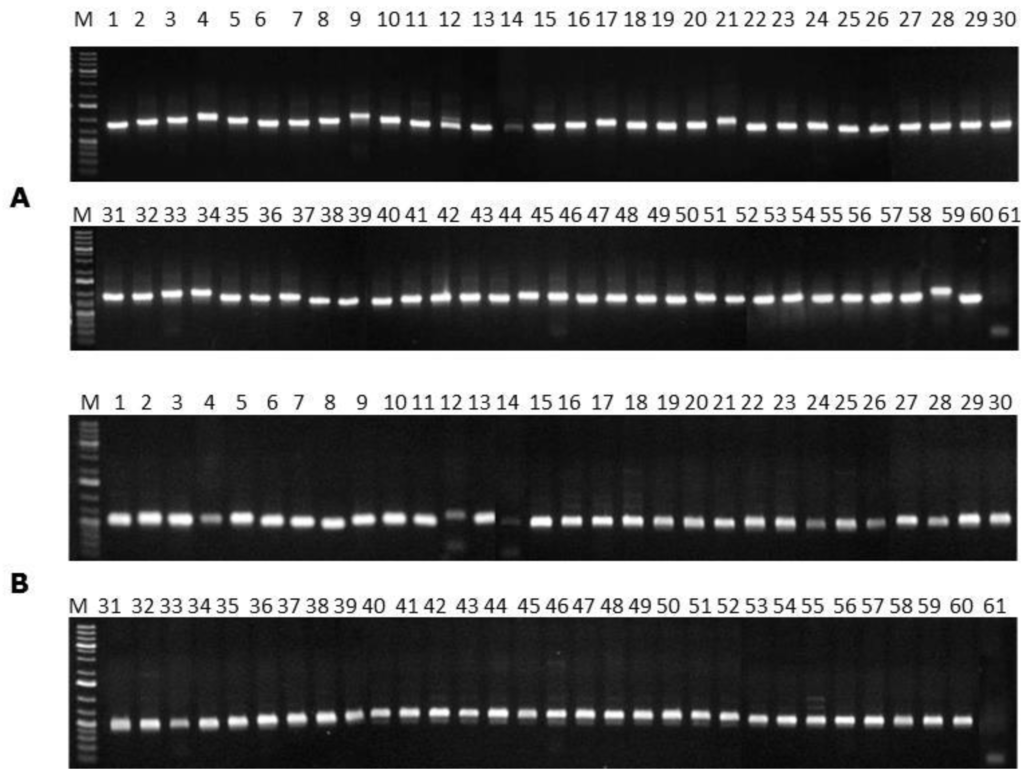