Changes in Intakes of Total and Added Sugar and their Contribution to Energy Intake in the U.S.

This study was designed to document changes in total sugar intake and intake of added sugars, in the context of total energy intake and intake of nutrient categories, between the 1970s and the 1990s, and to identify major food sources contributing to those changes in intake. Data from the NHANES I and III were analyzed to obtain nationally representative information on food consumption for the civilian, non-institutionalized population of the U.S. from 1971 to 1994. In the past three decades, in addition to the increase in mean intakes of total energy, total sugar, added sugars, significant increases in the total intake of carbohydrates and the proportion of carbohydrates to the total energy intake were observed. The contribution of sugars to total carbohydrate intake decreased in both 1–18 y and 19+ y age subgroups, and the contribution of added sugars to the total energy intake did not change. Soft drinks/fluid milk/sugars and cakes, pastries, and pies remained the major food sources for intake of total sugar, total carbohydrates, and total energy during the past three decades. Carbonated soft drinks were the most significant sugar source across the entire three decades. Changes in sugar consumption over the past three decades may be a useful specific area of investigation in examining the effect of dietary patterns on chronic diseases. View Full-Text
Keywords: total sugar; added sugar; energy; diet; obesity total sugar; added sugar; energy; diet; obesity
►▼ Show Figures 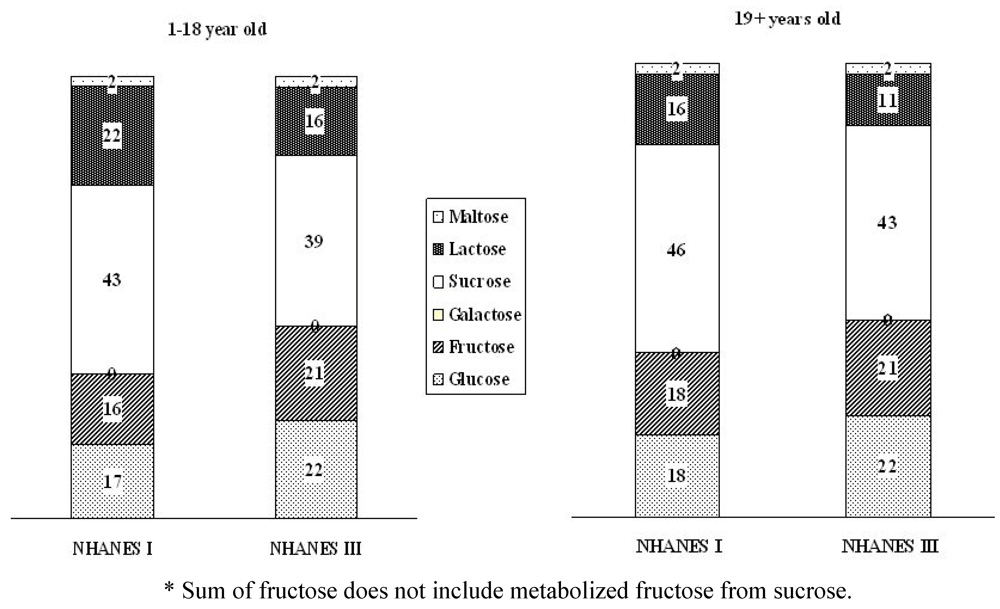