Dietary and Health Characteristics of Korean Adults According to the Level of Energy Intake from Carbohydrate: Analysis of the 7th (2016–2017) Korea National Health and Nutrition Examination Survey Data
Next Article in Special Issue

Exposure to Food and Beverage Advertising on Television among Canadian Adolescents, 2011 to 2016 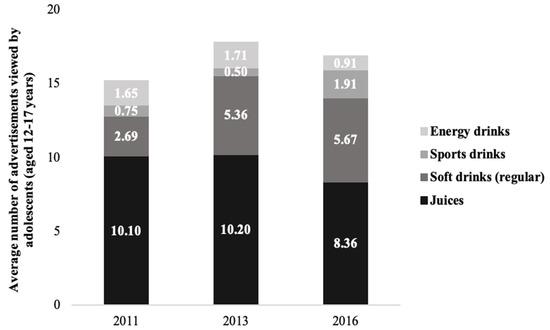