For all trials involving exercise (SPD or WR rats), the rodents were exercised on a rotarod Rotamex 5 (Columbus Instruments, Columbus, OH, USA). The animals were trained on the rotarod for five consecutive days before treatment began to acclimate them to the equipment and the task (habituation to rotarod test was parallel with habituation to oral gavage; Figure 1). To evaluate exercise-induced fatigue, the rotarod was set to accelerate from zero to 40 rpm over a protracted period of 180 s for all training periods and trials, across all experiments. Each session of training and testing consisted of three trials, with a two-minute rest period between each trial. Blood measurements were collected within 10 min after last trial.

2.5. Measurement of Blood R-βHB and Glucose

Whole blood samples (~10 μL) were taken from the saphenous vein of rats and from the tail vein of mice for analysis of blood glucose (mg/dL) and R-βHB (mmol/L) levels using a commercially available glucose and ketone monitoring system, Precision XtraTM (Abbott Laboratories, Abbott Park, IL, USA). Note that the Precision XtraTM only measures R-βHB levels—not S-βHB, AcAc or Acetone—therefore, total blood ketone levels may be higher than measured. For all experiments, blood was initially drawn prior to the beginning of the intervention (on the 5th day of habituation), with this value used as the established baseline.
Blood was drawn after treatment was started either 1 h, 24 h, or after 7 days (Figure 1). In exercised trials, blood was drawn within 10 min after last trial was completed. During chronic treatment, blood was drawn at week 1 before treatment started (baseline), and at week 2, week 3, week 6, and at week 10 after the beginning of the intervention.

All data is presented as the mean ± standard error of the mean (SEM). The effects of ketogenic compounds on blood R-βHB and glucose levels were compared to experimental controls and respective baseline levels. Data analysis was performed using GraphPad Prism version 6.0a. Blood ketone and glucose levels were compared using a one or two-way ANOVA with Tukey’s multiple comparisons test. Results were considered significant when p values were less than 0.05. Results are indicated on figures using the following notations: *-p < 0.05, **-p < 0.005, ***-p < 0.0005, or ****-p < 0.0001.

This work was supported by the National Development Agency of Hungary (under Grant No. TIOP-1.3.1.-07/2-2F-2009–2008) and OTKA K124558 Research Grant (to Zsolt Kovács). Glucose Transporter Type 1 Deficiency Foundation provided partial funding (USF Award: 6143109500, to Dominic P. D‘Agostino). Quest Nutrition LLC provided funding for ongoing research on this topic (to Csilla Ari). The funding body does not influence the design of the study, data collection, analysis, and interpretation of data as well as writing the manuscript.

International Patent # PCT/US2014/031237, University of South Florida for DPD: Compositions and Methods for Producing Elevated and Sustained Ketosis. Patent pending: No. 11001-018-US1 for CA and DPD: Administration of Exogenous Ketone to Lower Blood Glucose”. D.P. D‘Agostino and C. Ari are co-owners of the company Ketone Technologies LLC. DMD is a paid consultant and member of the science advisory board for Axcess Global Sciences and Real Ketones. These interests have been reviewed and managed by the University in accordance with its Institutional and Individual Conflict of Interest policies. All authors declare that there are no additional conflicts of interest. 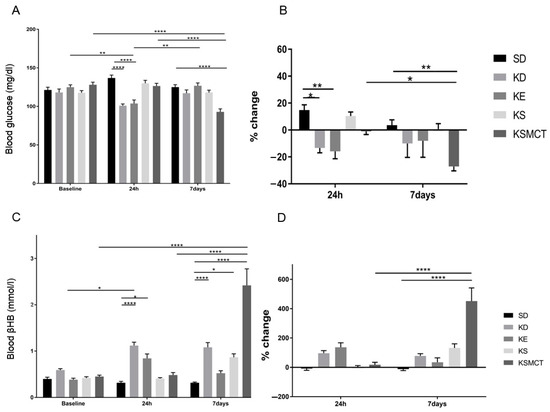 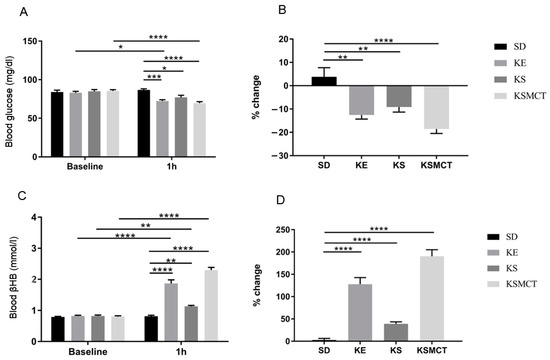 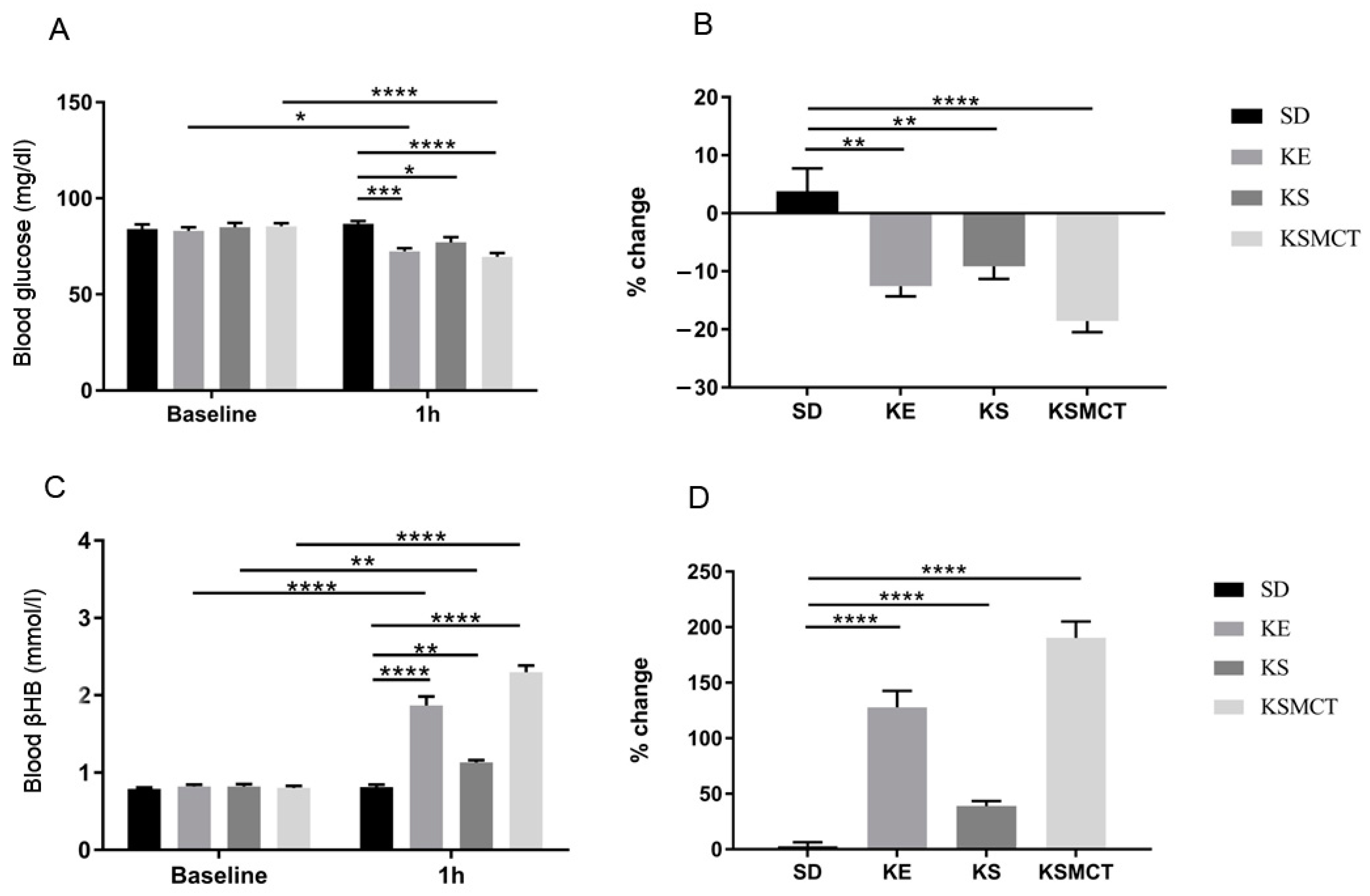 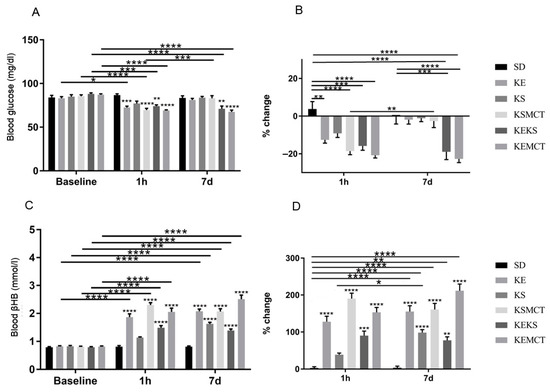 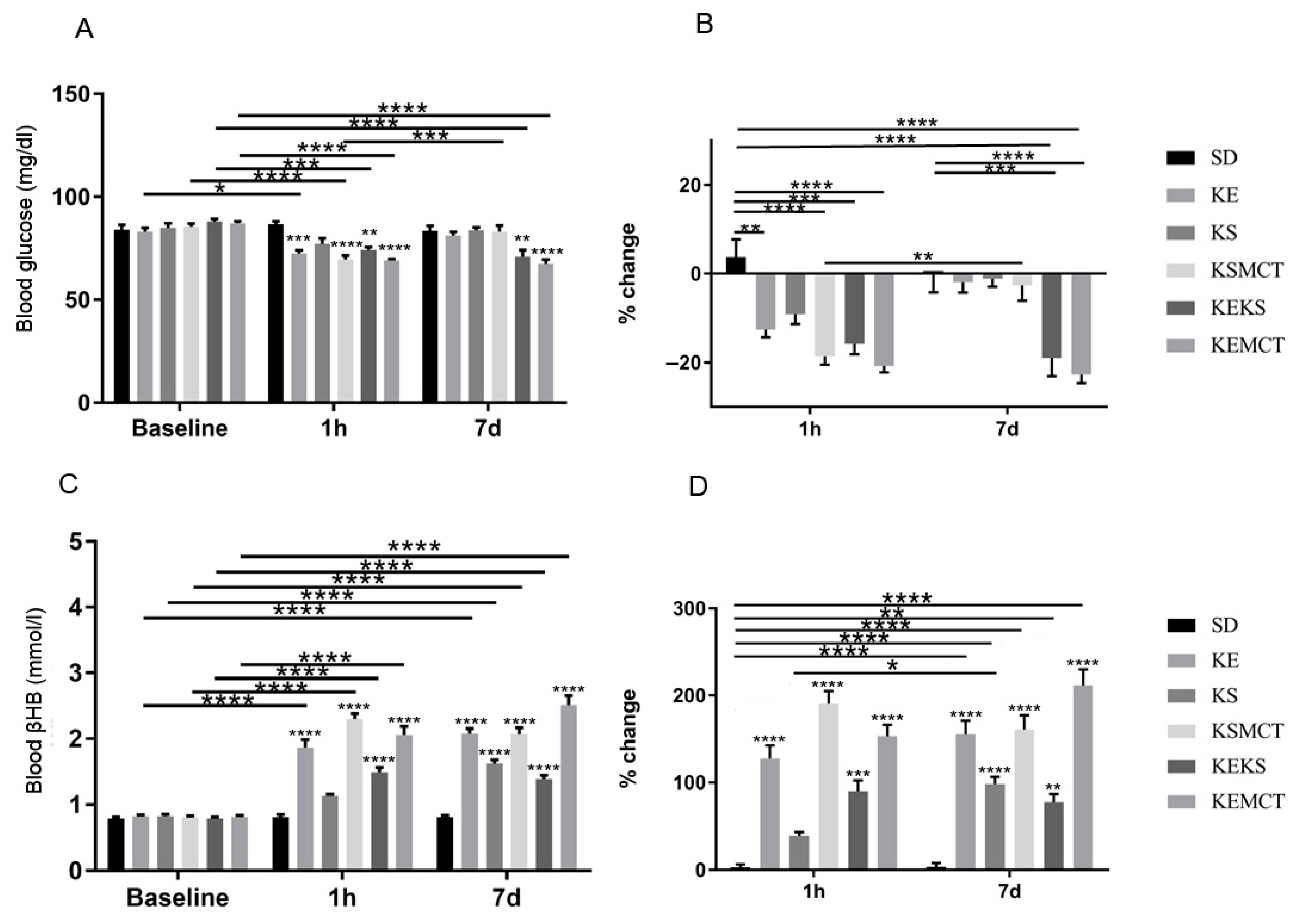 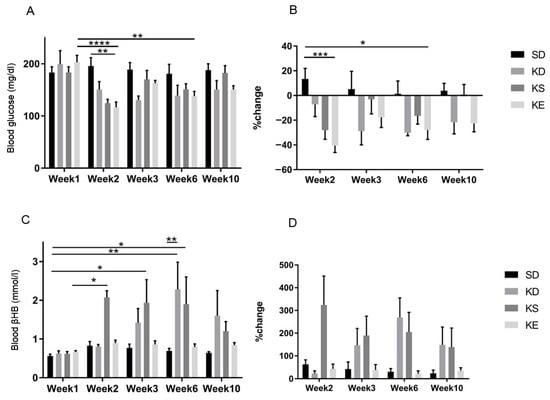