Wet path delay (WPD) for satellite altimetry has been provided from external sources, raising the need of converting this value between different altitudes. The only expression available for this purpose considers the same altitude reduction, irrespective of geographic location and time. The focus of this study is the modelling of the WPD altitude dependence, aiming at developing improved expressions. Using ERA5 pressure level fields (2010–2013), WPD vertical profiles were computed globally. At each location and for each vertical profile, an exponential function was fitted using least squares, determining the corresponding decay coefficient. The time evolution of these coefficients reveals regions where they are highly variable, making this modelling more difficult, and regions where an annual signal exists. The output of this modelling consists of a set of so-called University of Porto (UP) coefficients, dependent on geographic location and time. An assessment with ERA5 data (2014) shows that for the location where the Kouba coefficient results in a maximum Root Mean Square (RMS) error of 3.2 cm, using UP coefficients this value is 1.2 cm. Independent comparisons with WPD derived from Global Navigation Satellite Systems and radiosondes show that the use of UP coefficients instead of Kouba’s leads to a decrease in the RMS error larger than 1 cm. View Full-Text
Keywords: satellite radar altimetry; wet path delay; altitude dependence modelling; coastal zones; ERA5 satellite radar altimetry; wet path delay; altitude dependence modelling; coastal zones; ERA5
►▼ Show Figures 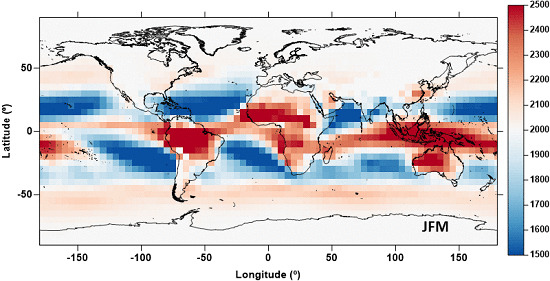