Citizen Action as a Driving Force of Change. The Meninas of Canido, Art in the Street as an Urban Dynamizer

The austerity policies imposed by the government in the wake of the 2007 crisis have deteriorated the welfare state and limited neighborhood recovery. Considering the inability and inefficiency on the part of administrations to carry out improvement actions in neighborhoods, it is the neighborhood action itself that has carried out a series of resilient social innovations to reverse the dynamics. In this article, we will analyze the Canido neighborhood in Ferrol, a city in north-western Spain. Canido is traditional neighborhood that was experiencing a high degree of physical and social deterioration, until a cultural initiative called “Meninas of Canido,” promoted by one of its artist neighbors, recovered its identity and revitalized it from a physical, social, and economic point of view. Currently, the Meninas of Canido has become one of the most important urban art events in Spain and has receives international recognition. The aim of this article is to evaluate the impact that this action has had in the neighborhood. For this, we conducted a series of semi-structured interviews with the local administration, neighborhood association, the precursors of this idea, merchants, and some residents in general, in order to perceive the reception and evolution of this action. View Full-Text
Keywords: urban art; Neighborhood Regeneration; Social Empowerment; Right to the City; Ferrol (Spain) urban art; Neighborhood Regeneration; Social Empowerment; Right to the City; Ferrol (Spain)
►▼ Show Figures 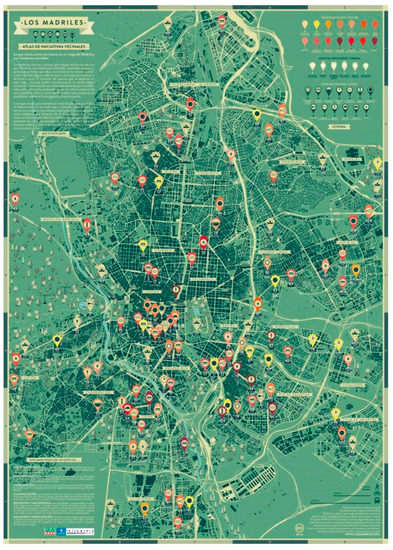