A series of mono- and di-branched donor-π-acceptor charge-separated dyes incorporating triphenylamine as a donor and either Dalton’s or benzothiadiazole group as strong acceptors was synthesized and its fundamental properties relevant to the sensitization of nanocrystalline NiO investigated. The dyes exhibited an intense visible absorption band with a strong charge transfer character favorable to NiO sensitization, shifting the electron density from the donor to the acceptor branches. Nevertheless, the computed exciton binding energy is circa twice that of a common literature standard (P1), suggesting a more difficult charge separation. When tested in p-type dye-sensitized solar cells the dyes successfully sensitized NiO electrodes, with photocurrent densities about half than that of the reference compound. Being recombination kinetics comparable, the larger photocurrent generated by P1 agrees with the superior charge separation capability originating by its smaller exciton binding energy. View Full-Text
Keywords: dyes; heteroaromatic; visible absorption; dipolar; donor–acceptor; triphenylamine; branched; Suzuki coupling; DFT-TDDFT dyes; heteroaromatic; visible absorption; dipolar; donor–acceptor; triphenylamine; branched; Suzuki coupling; DFT-TDDFT
►▼ Show Figures 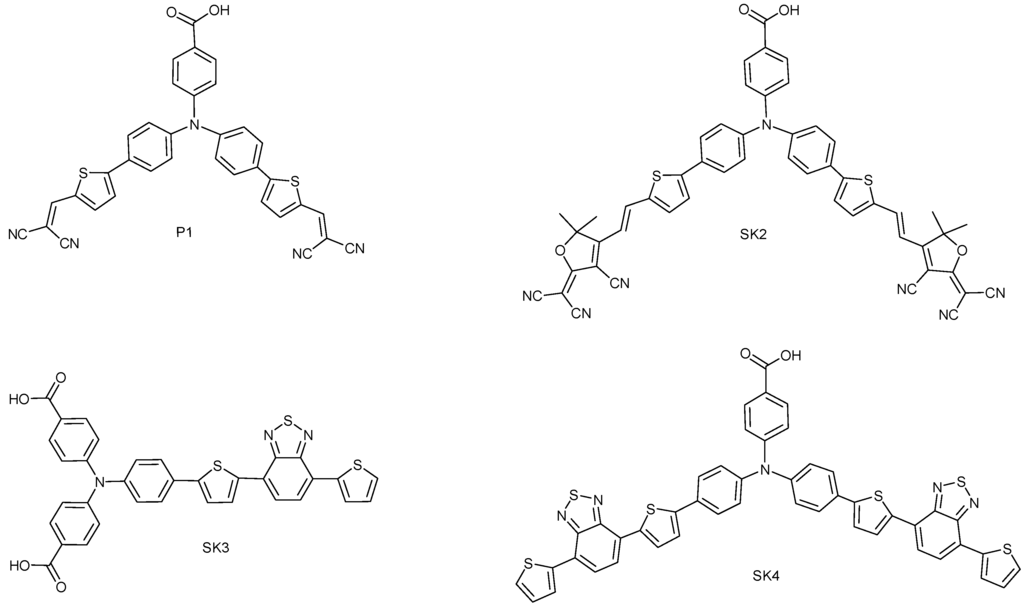