This study aimed to evaluate the differences in power production between movement phases (i.e., concentric and eccentric) during the execution of resistance exercises with a flywheel device, differentiating between execution regimes (i.e., bilateral, unilateral dominant leg and unilateral non-dominant leg). Twenty young elite soccer players (U−17) performed two sets of six repetitions of the bilateral half-squat (inertia 0.025 kg·m−2) and the lateral-squat exercise (inertia 0.010 kg·m−2) on a flywheel device. During the testing sessions, mean and peak power in concentric (MPcon) and eccentric (MPecc) phases were recorded. The non-dominant leg showed higher values in all power variables measured, although substantial differences were only found in MPecc (ES = 0.40, likely) and PPcon (ES = 0.36, possibly). On the other hand, for both exercises, MPcon was higher than MPecc (ES = −0.57 to −0.31, possibly/likely greater), while only PPecc was higher than PPcon in the dominant lateral-squat (ES = 0.44, likely). These findings suggest that young soccer players have difficulty in reaching eccentric-overload during flywheel exercises, achieving it only with the dominant leg. Therefore, coaches should propose precise preventive programs based on flywheel devices, attending to the specific characteristics of each limb, as well as managing other variables to elicit eccentric-overload. View Full-Text
Keywords: iso-inertial devices; resistance training; maximal power output; rotary device; team sports iso-inertial devices; resistance training; maximal power output; rotary device; team sports
►▼ Show Figures 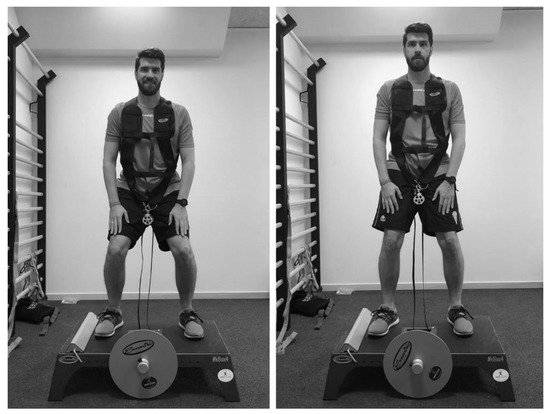