Patterns of Sponge Biodiversity in the Pilbara, Northwestern Australia
Next Article in Special Issue

Macaw palm (Acrocomia aculeata) is native to tropical forests in South America and highly abundant in Brazil. It is cited as a highly productive oleaginous palm tree presenting high potential for biodiesel production. The aim of this work was to characterize and study the genetic diversity of A. aculeata ex situ collections from different geographical states in Brazil using microsatellite (Simple Sequence Repeats, SSR) markers. A total of 192 accessions from 10 provenances were analyzed with 10 SSR, and variations were detected in allelic diversity, polymorphism, and heterozygosity in the collections. Three major groups of accessions were formed using PCoA—principal coordinate analysis, UPGMA—unweighted pair-group method with arithmetic mean, and Tocher. The Mantel test revealed a weak correlation (r = 0.07) between genetic and geographic distances among the provenances reaffirming the result of the grouping. Reduced average heterozygosity (Ho < 50%) per locus (or provenance) confirmed the predominance of endogamy (or inbreeding) in the germplasm collections as evidenced by positive inbreeding coefficient (F > 0) per locus (or per provenance). AMOVA—Analysis of Molecular Variance revealed higher (48.2%) genetic variation within population than among populations (36.5%). SSR are useful molecular markers in characterizing A. aculeata germplasm and could facilitate the process of identifying, grouping, and selecting genotypes. Present results could be used to formulate appropriate conservation strategies in the genebank. View Full-Text
Keywords: Acrocomia aculeata; biodiesel; domestication; genebank; genetic diversity; SSRs Acrocomia aculeata; biodiesel; domestication; genebank; genetic diversity; SSRs
►▼ Show Figures 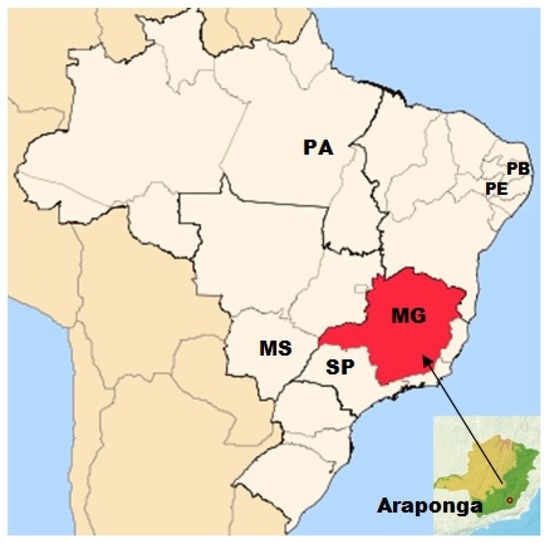