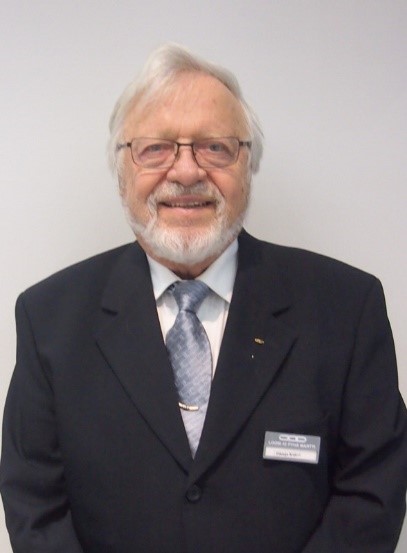 Kalevi Pihlaja was born on February 13, 1940, in the small Western Finnish town of Aura on the beautiful river Aurajoki. His family soon moved to another little Western Finnish town, Mellilä, where he spent his youth until he was eighteen. After the secondary and high schools at Elisenvaara Lyceum in the village Kyrö of the town Karinainen, he graduated in 1958 and carried out his Navy service in Turku (1958–1959). Since then, his life has been tightly bound in nearby Turku, the oldest city of Finland, and to the University of Turku. After defending his thesis in physical organic chemistry in 1967, he was appointed Docent in Physical Organic Chemistry at the University of Turku, followed by election to an Associate Professorship in Organic Chemistry in 1971. He served as Visiting Professor at Stirling University, Scotland, in 1973–1974, carrying out structural studies on various heterocycles by NMR and at the New York State University College at Potsdam in 1977–1978, concentrating again on structural studies, especially with MS, as well as going to meet his friends and deliver lectures (in 22 places altogether). When in Potsdam, he was elected to a full Professorship in Physical Chemistry at the University of Turku in 1978. From 1981 to 1986, Professor Pihlaja served as Dean of the Faculty of Mathematics and Natural Sciences. At the same time, he served as a Member of the Committee of Natural Sciences of the Academy of Finland.

Professor Kalevi Pihlaja is one of the founding fathers of physical organic chemistry in Finland and in Northern Europe. His pioneering work in reaction kinetics and thermochemistry initiated the use of a quantitative approach in the description of the reactivity of organic compounds. This work soon extended to novel methods in the structural and conformational analysis of molecules. During 1971–2008 Professor Pihlaja developed a world-leading laboratory in structural chemistry, famous for top-class work in mass spectrometry and NMR structural analysis. The scientific excellence of Professor Pihlaja and his group attracted organic chemists from many countries to Turku. In particular, mention should be made of the long-time collaboration with synthetic chemists from Hungary (Albert Szent-Györgyi Medical University and Joszef Attila University in Szeged, reunified in 2000 as the University of Szeged), Slovakia (Comenius University of Bratislava, University of Kosice, and the Slovak Academy of Sciences), Germany (University of Potsdam), Turkey (Kocaeli University), Poland (Medical University of Lublin and University of Gdansk), and Estonia (University of Tartu).

Professor Pihlaja also has strong and enduring ties with Finnish industry. As the main coordinator of peat research in Finland, he has served as President of the Finnish Peatland Society. The peat industry is one of the most important natural resource-based industries in Finland. This is where Professor Pihlaja’s has made additional outstanding contributions to environmental chemistry. Besides his scientific achievements in this field, Kalevi has developed a full teaching and research program in Environmental and Natural Products Chemistry at the University of Turku, and after his retirement, the professorship was filled, and the new chair holder was his best doctoral student within natural products chemistry, Dr. Juha-Pekka Salminen. The environmental chemistry component t was later transferred to a European Union Tempus project via the University of Tartu in neighboring Estonia.

Professor Pihlaja has been a most successful educator and propagator of science. As many as 36 doctoral theses have been defended under his supervision within such topics as structural and conformational analysis, mass spectrometry, environmental chemistry, and natural products chemistry, among others. He has also been the main organizer of numerous scientific conferences and meetings in the fields of structural analysis and synthetic and environmental chemistry. He has lectured in more than 20 countries, including Japan and New Zealand. He holds Honorary Doctorates in Pharmacology from Albert Szent-Györgyi Medical University, Hungary (1989) and in Philosophy from University of Åbo Akademi in Turku (2005), Finland, and an Honorary Professorship in Physics from the University of St. Petersburg, Russia (2000). In Finland, Professor Pihlaja has occupied numerous important positions of trust in science and education. He has been a Member of the Finnish Academy of Finland since 1982. In 1995, Kalevi Pihlaja was decorated with the Badge of First Class Knight of the Knights of the White Rose by Finnish President Martti Ahtisaari.

Kalevi is now 80 and still full of life. He has very much left science behind and now focuses on activities for which he earlier did not have enough time. He is, nowadays, even a better cook than earlier, being anointed Chevalier du Bailliage de Finlande (Confrérie de la Chaíne des Rotisseurs) since Oct. 26, 2019. Kalevi has been married to Anne since 1996 (his first and former wife died in 2008, as well as his youngest daughter). Anne’s children have taken to him very well, and he now enjoys being a grandpa for 9 grandchildren. He still enjoys fishing and, nowadays, mainly catches white fish and Baltic herring. Throughout his whole life, Kalevi has been an outstanding community member and he now takes an active part in various voluntary tasks, being now, e.g., a so-called “school grandpa” at Lauste elementary school for the first and second graders.