A 6 year old Wheaten Terrier mix with a history of collapse and lethargy was referred for evaluation of pericardial effusion. The echocardiogram identified pericardial effusion and a right auricular mass. No sign of metastasis was noted at this time in thoracic radiographs and abdominal ultrasounds. The patient underwent the right auriculectomy via right lateral thoracotomy. Several metastatic masses were located in the visceral aspect of the pericardium at the time of surgery and were all excised. The right auricular mass and pericardial masses were diagnosed as hemangiosarcoma with a sign of metastasis. The patient recovered from surgery uneventfully and was discharged the sixth day after surgery. The patient received doxorubicin followed by cyclophosphamide, piroxicam and Coriolus versicolor extract postoperatively. Pulmonary metastases were noted 229 days and the dog was euthanized 318 days after surgery. No clinical signs were noted until 309 days postoperatively. View Full-Text
Keywords: cardiac hemangiosarcoma; metastasis; Coriolus versicolor; metronomic chemotherapy cardiac hemangiosarcoma; metastasis; Coriolus versicolor; metronomic chemotherapy
►▼ Show Figures 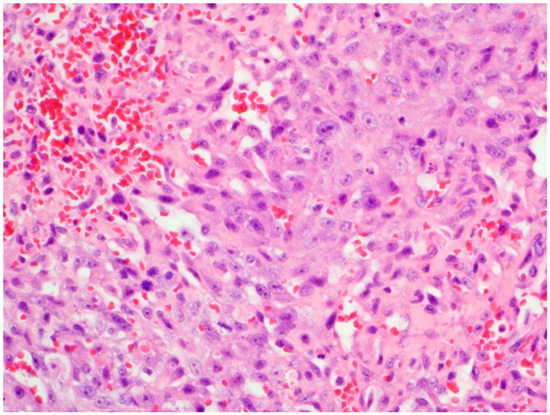