Co-Design of a 3D Virtual Campus for Synchronous Distance Teaching Based on Student Satisfaction: Experience at the University of Almería (Spain)
Next Article in Special Issue

Artificial Intelligence in Higher Education: A Bibliometric Study on its Impact in the Scientific Literature
Previous Article in Journal

Algorithm-Aided Design with Python: Analysis of Technological Competence of Subjects

The aim of this study is to investigate the influence of teacher expectancy improvement strategies on student achievements and attitudes in English courses. We investigated the existing situation, and have presented a method that can provide the educational processes necessary to bring about the required changes. For this reason, the emancipatory/improving/critical action research model was used. The study was carried out on a sample group consisting of 87 students, 43 sixth graders, and 44 eighth graders, attending a school located in Düzce’s city center during the 2015–2016 academic year. In order to collect the data, the “Teacher Expectancy Scale” that was developed by the researchers, as well as the “Attitude Scale towards English Course”, and a further seven tests, which were prepared by the Turkish Ministry of National Education (MoNE), were used. The study was conducted for a total of 48 hours over 12 weeks, for four hours per week. As a result of the study, it was revealed that teacher expectations influenced the attitudes of the students towards the English lesson in a positive way, and increased their academic achievements. View Full-Text
Keywords: foreign language teaching; teacher expectation; expectancy strategies; attitude; academic achievement foreign language teaching; teacher expectation; expectancy strategies; attitude; academic achievement
►▼ Show Figures 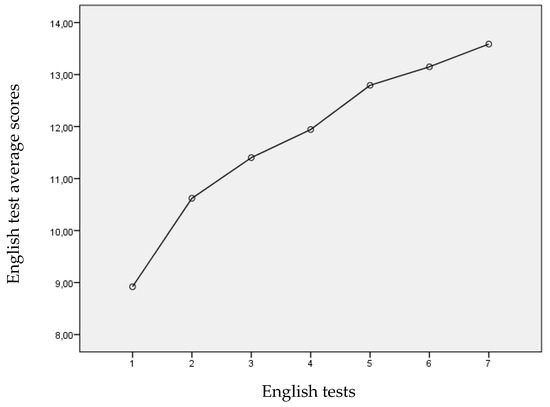